Pag island reaches between the Southern region of the Kvarner bay and Zadar. According to Croatian surveys the sun always shines in Pag and its people live the longest in the country. Pag’s barren aesthetic resembling a rock desert is often cited as a first impression, although that is only the first glimpse at the island. There are currently around eight thousand residents living here who mainly make a living from sheep-farming, fishing, wine-growing and tourism. Additionally the salt-ponds near the town of Pag also constitute an important source of income.

The island offers a surprisingly rich selection of attractions, although Pag town stands out with its atmosphere typical of a Dalmatian small town. Pag was built in a Renaissance style, according to strict geometrical rules in 1443 and it has preserved its stunning townscape up until now. The layout was designed by Juraj Dalmatinac, an acclaimed architect from Venice, whose work can be spotted in many of Dalmatia’s largest cities. Pag is also referred to as “Mali” (meaning “small”) Dubrovnik due to the similarities in the design of the two towns. The remains of its old town such as the Saint Mary Benedictine Church and the Saint George Church as well as the astonishing villas and residences belonging to 16th century aristocracy are all worth visiting.

OUR PERSONAL RECOMMENDATIONS ON PAG ISLAND > 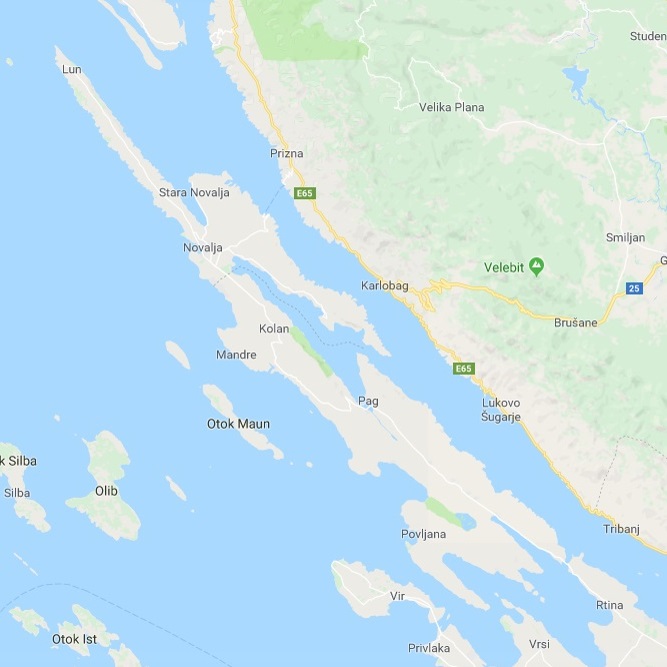 Pag is also famous for its seashores reaching almost 300 kilometers, which contain both popular beaches on the Western side of the island and isolated bays providing a unique beach experience. A particular geographical feature of the island is that the beaches rarely face the open sea directly, because most of them can be found in small bays formed by the zigzag coastline. Some of the beaches deepen slowly, which is ideal for some bathers such as families with small children, while quickly deepening regions of the shore – suitable for swimming enthusiasts – can also be found.

The long, pebbly Zrce beach near Novalja has the best infrastructure with a particularly high level of service with respect to both hotels and buffets. It has earned the name “Croatian Ibiza” since it is considered to be the most famous party beach in the country. The beach party begins in the afternoon and lasts until dawn, featuring professional DJs. Two of Croatia’s best known clubs, Papaya and Aquarius are also found here. On the other hand, characteristically of Pag, numerous peaceful, hidden bays across the island await the supporters of private, serene relaxation, which are also easily approachable by car.

< THE BEST BEACHES ON PAG ISLAND

Health enthusiasts can also treat themselves to a sanative mud-bath at the salt-pools of Pag, which is especially effective for alleviating rheumatic pain. Lace from Pag is considered to be a beautiful and artistic souvenir which is handmade by the women in Pag to this day.

The southern part of the island shows a different character than the northern regions. The bare landscape is replaced by green forests, rich plantations of grape and other fruits and the beaches are sandy rather than pebbly. The region’s two tiny, charming villages Provljana and Vlasici are also worth a visit.